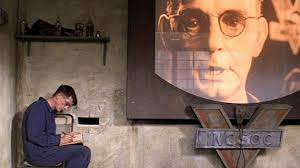 In order to compete directly with Amazon’s incredibly successful Echo Dot, Google released a similar, younger, smaller sibling of its flagship device. The Google Home Mini, however, made it to market with a fairly significant flaw

Last week, one product reviewer discovered the bug in his Google Home Mini speaker after noticing that it was saving huge numbers of audio recordings. As it turns out, the Google Home Mini was recording everything spoken all day. None of the Home Mini’s activating phrases were spoken, yet it recorded normal conversation regardless. The speaker indiscriminately recorded and saved small clips throughout the day and night, which the reviewer noticed on his Google Activity account. This breach of privacy is a serious problem for the newly-released Google product.

Within the last week, Google has been in damage control mode and has sent out software to disable the top-touch feature, which is the source of these unwanted recordings. Without the top-touch button, the speaker can now only be controlled with voice commands. Apparently, Google’s Home Max speaker, the larger and pricier version, is not affected by the same bug. In addition to the quick software fix, Google has emphasized its commitment to quality and to preserving each customer’s privacy.

The hardware flaw is a sizable blemish in Google’s recent attempts to enter the smart-home market. One Business Insider article emphasizes the harm to customer trust that this bug created. Customer trust is fickle. Ultimately, consumers have no assurances, beyond their word, that tech companies are not using personal information for nefarious purposes. The other recording device that comes to mind is the Tele-Screen in Orwell’s 1984. in 1984 it was a Totalitarian Government listening to everything. With the size of tech giants like Google and the reach they have into our digital lives, workplaces, and homes, what could we really do if one of these tech companies turns out to be similarly totalitarian? Double-plus not good.

With devices like these that are part of our personal lives, beyond the screen, consumer trust is all the more important, particularly when alternatives such as Amazon’s Echo Dot exist. Google will almost certainly be taking steps to win back any trust lost, but time will tell if they find a foothold in the smart home market.