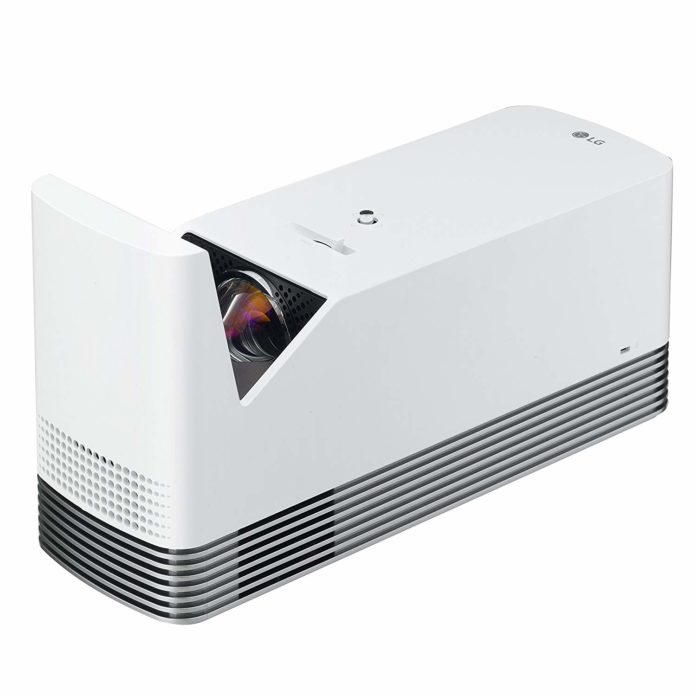 When it comes to our favorite blockbusters, sometimes you just can’t beat the big screen. But what I told you it was possible to get darn close in the comfort of your own home? And no, I’m not talking about some hulking behemoth of a television, or worse, or the stereotypically washed-out overhead projector. I’m talking about the LG HF85JA Ultra Short Throw Projector.

LG’s “Ultra Short Throw” projector sits just 17 inches from your wall or screen, casting a whopping 100-inch full-HD (1080p) image. Depending on the specifics of your home theater room, this short throw projector can be pushed even further, to a max of 120 inches. Not only do you get an enormous display with a tiny footprint, but it does so with a vivid 150,000:1 contrast ratio. The LG HF85JA Ultra Short Throw Projector may weigh in at just under 7 lbs, but that doesn’t stop its powerful laser lamp from pumping out up to 1500 lumens.

The LG HF85JA Ultra Short Throw Projector is no one-trick pony. Built on LG’s proprietary Smart TV platform, it connects with all the expected content providers (that’s expected by now). While it does not output sound on its own, it can connect with any Bluetooth compatible audio system.

If you use an Android or Windows phone or tablet, LG's Ultra Short Throw can project your device via Wi-Fi. YouTube on a massive 120-inch screen? Why not!

For more information, see the manufacturer’s listed technical details below: 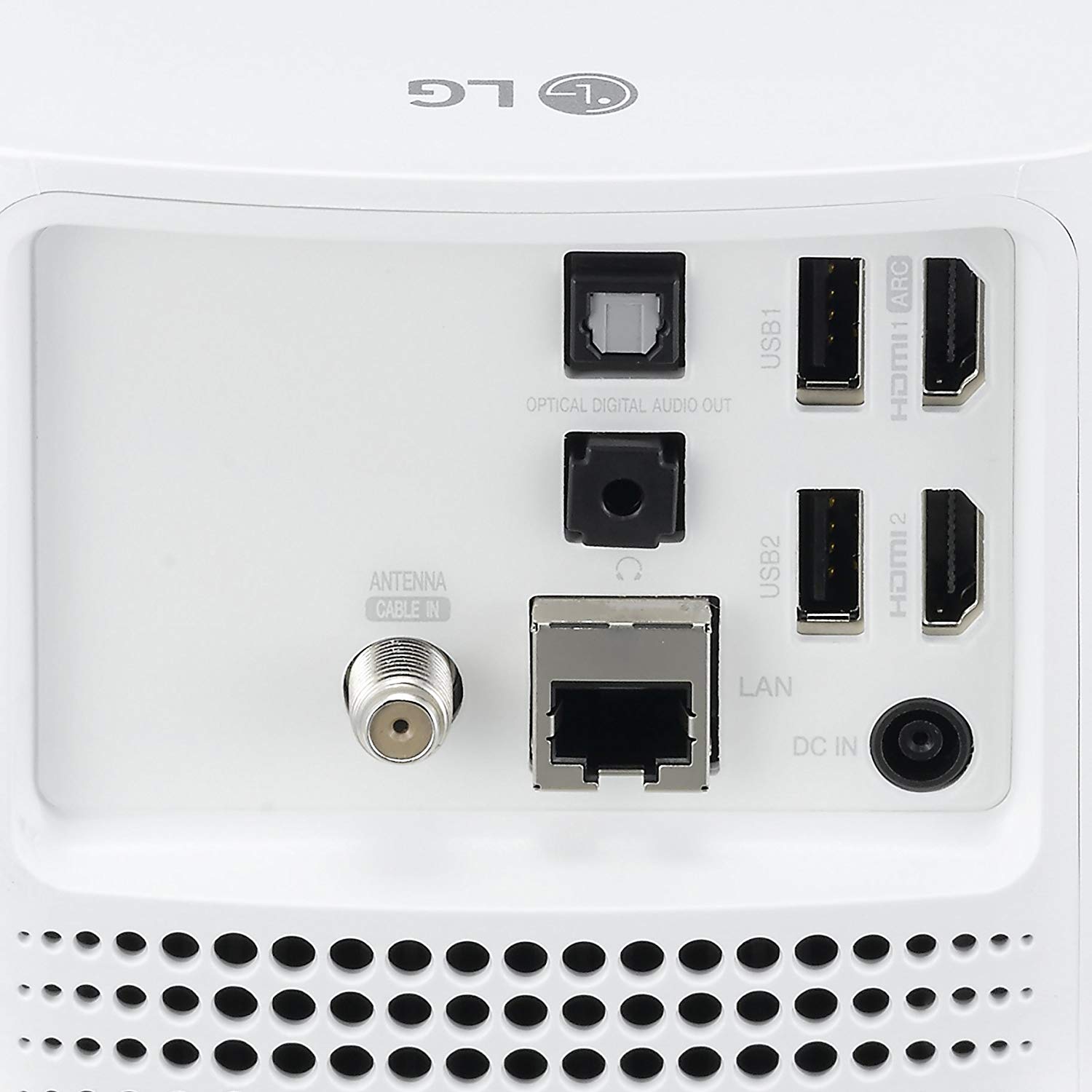