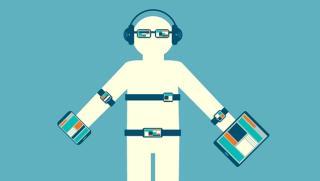 Are the temptations of ever cheaper Internet-Connected devices making our offline lives vulnerable to cyber attack?

In the first week of Feb 2016, Google announced that they are going to test their self-driving car in Kirkland. Technically, this is going to be the third city, after California and Texas where the Google’s self-driving car will touch the roads.

Honestly, it keeps me wondering about how would the life and living be in 2020 with around 40-50 billion connected devices up and running.

With IoT, it seems like every possibility is just an imagination away. Think not only of cars that drive without the drivers but also planes that would fly without the pilots. Intuitive machines which would be prescribing medicines to patients instead of real doctors. A smart house that pays the utility bills itself. We are in for endless inventions and innovations leveraged by IoT.

if you think installing a good firewall would do it all; you are mistaken.

One of the key reasons behind the growing popularity of IoT devices is that they are finally getting more affordable; mainly because of the falling prices of sensors. The role of a sensor is to capture the data that eventually gets transmitted via the internet, and that is how an IoT device works.

Honestly, I am already feeling lazy while getting to know about these yet to be launched IoT devices and am kind of waiting to plunge into the immense ocean of benefits IoT has to offer.  However, on the downside territories of challenges posed by IoT and connected devices range from known to unknown. Enterprises all over the world are investing hugely in exploring the opportunities extended by IoT; simultaneously they are keenly configuring various threat models to brave these possible challenges.

Shockingly enough, there are so many connected devices that are working smartly and steadily, even without the basic security. Moreover, if you think installing a good firewall would do it all; you are mistaken. Though, it is a good practice for sure. Cyber attacks are getting more complicated yet sophisticated by every passing day.

Companies are trying to capture more and more data about their consumers; however, this big data can lead to grave privacy risks. Besides, consumers unknowingly trade access to their confidential data so many times for the sake of convenience.

Wearable devices, smart home devices, and smartphones all of these are super vulnerable and can get compromised at any time. Not adhering to the best practices and showing a casual attitude about all the gaga revolving around this cyber security thing may cost you a fortune. The worst part in the whole scenario would be that you won’t even know about the theft until your confidential data is used against you.

Manufacturers, all over the world are in a race to come up with super comprehensive, fully equipped devices at competitive rates. However, they can no more stay wary to the security concerns of their consumers. I believe, up to some extent, even the manufacturers should take the due responsibility of educating the customers about the best practices and security measures to be taken for ensuring a safe usage of these super tempting connected devices.