I’ll get right to it! Amazon announced four all new Echo devices:

A revamped Echo, the Echo Plus, the “mini-Show” Echo Spot, and Echo Buttons 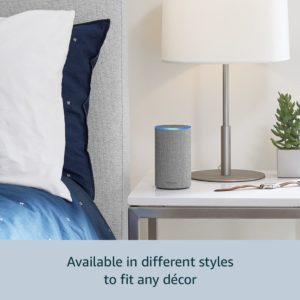 Basically, this an entirely new cosmetic design for the standard Echo.
Key Differences:
No smart home hub feature – This is really meant for music and connectivity with Amazon Prime services. It can still connect with simple smart home devices such as lights, thermostats, and sprinklers, but it can’t do the more complex features you find in a smart home hub like controlling multiples of each device or coordinating between them.
Better speaker – One of the major gripes folks had, which was hardly an issue for most, is that the speaker wasn’t great. They’ve fixed that. 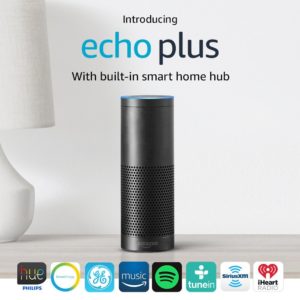 This is just your regular old Echo. Not much has changed.
Key Differences:
Adds genuine smart home hub features – For owners of the original Echo too, this is new. The Echo can now manage multiple smart home devices, even replacing the separate hub you would’ve needed for some of the more popular smart home devices from GE and Phillips.

This is basically an Echo Show ‘Lite.’ You have all the features that come standard on the new Echo (remember smart home features are an upgrade), but in a smaller package.
Key Features:
Tiny Screen – That’s about it. Some users feel a screen is a necessity.

These are really just add-on devices to your Echo giving you more options for interaction. They are mostly used for group games right now, but rest assured, Amazon Skills developers will find novel ways to utilize them in short order.

In the end, the changes make perfect sense. Not everyone wants the screen, not everyone needs the smart home hub capabilities. Now, Amazon is able to lower $barrier to entry to the Echo + Prime landscape, while still offering the full range of features we expect, as well as some new ones.