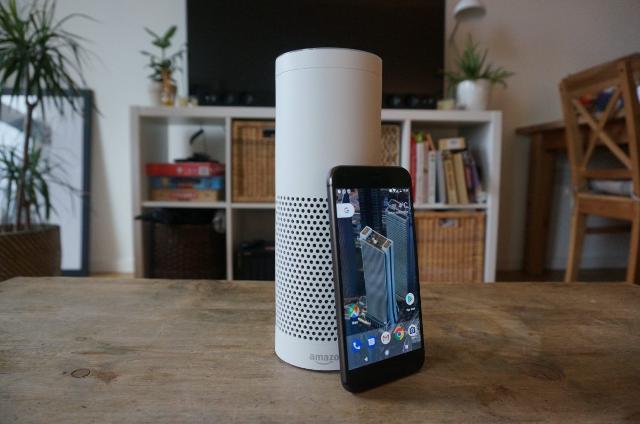 If Amazon’s Alexa was the finished product, I’d write it off.

I couldn’t honestly recommend a virtual assistant that can’t even tell me how much protein is in two eggs. Or a device that can’t separate out items on a shopping list that I’ve just dictated.

But it’s not the finished product and Amazon is building more functionality for it. The recent ability to ask follow up questions is a good example of Amazon catching up to its rivals like Google Home.

But if Amazon wants to make Alexa genuinely, objectively, ‘great’ then it needs to let third party developers monetise the Skills they build for it.

As it stands, there’s no incentive for skilled developers to build top-quality Skills for Alexa because they can’t really make money from it. Yes, they could strike an advertising deal on their own and have Alexa read out the sponsor’s name when a user opens the skill, but that requires knowing the right people and having a significant user-base already in place. An ad platform makes that process a lot easier. Or, even easier than that, a non-freemium model (shocking, I know) where developers can charge upfront for Skills.

There are, of course, challenges to implementing ads in a voice-only service. There is a lot less real-estate available for ads (in comparison to a display) and voice ads can significantly detract from the experience, which all means less ad-money for Amazon and the developer. With that said, it’s not impossible. Plenty of podcasts play a brief sponsor jingle before the content starts, which would work just as well when users open up a Skill.

The lack of incentive – outside of creative curiosity – should be a concern for Amazon because the current state of the Skill store is frankly dire. There is a good core group of Skills, the majority of which are featured when you open the store. Most, however, are gimmicky, mildly amusing one-use throwaways. And considering how long Alexa has been out, that’s not really acceptable.

From the developers I’ve spoken to; the same lines keep being repeated. They’re impressed by how easy it is to build a Skill – and credit to Amazon for making that process incredibly simple – but put off by the fact that it’s unpaid work. They’re effectively making Amazon’s product better for nothing in return. A programmer friend of mine is building a very clever Skill at the moment (my lips are sealed) but his interest waned as soon as I told him there’s no simple way to monetise it.

I’ve quizzed Amazon a couple of times over the last few months about whether or not it has plans to monetise Skills and I got nothing back, which is odd. I’d expect something to placate the thousands of programmers out there who want to know where Amazon stands on monetisation.

The only thing I’ve seen is this quote from Amazon spokesperson Brittany Taylor to Fortune earlier this year.

“To answer your question, not today. Right now we’re working to make Skills more discoverable for customers—for example we recently launched ratings and reviews so customers can discover highly rated Skills. We’re also talking to developers about what they’d like to see.”

Essentially, Amazon isn’t ruling it out, but it also doesn’t sound like a huge priority. I think it would be a mistake to overlook this, or to even not take it seriously, since app stores rarely survive without support from developers. We’ll know more in the coming months, but hopefully Alexa’s increasing popularity will shift Amazon’s priorities.

Reddit For Sale: How We Made Viral Fake News For $200

Jay McGregor is a journalist who writes for The Guardian, Forbes, TechRadar and is a correspondent for BBC’s James Hazel show. Follow his Facebook page https://www.facebook.com/JayMcGregorWrites/