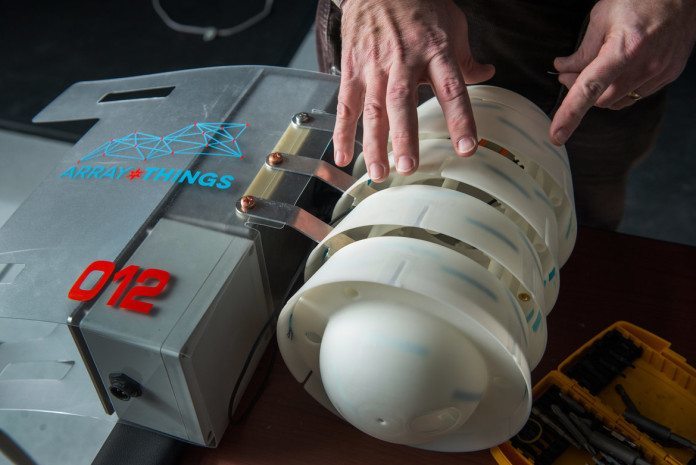 The concept of the Internet of Things (IoT) is nebulous by design.

Oh, a definition is easy. The ITU, the United Nations’ information technology arm, has defined IoT as “a global infrastructure for the information society, enabling advanced services by interconnecting (physical and virtual) things based on existing and evolving interoperable information and communication technologies.”

It’s when one tries to understand what the IoT would look like that things get complicated. The IoT is, well, anything that can be connected wirelessly. So its applications involve anything one could conceive of to do with a wirelessly connected device.

On the government side, the applications usually boil down to one thing: data. Having connected devices means that government can gather much more data on a much finer scale and often in real time. It also means government can better assess how effective its actions were, better understand what it needs to do and better model what impact its actions might have.

That’s as true in traffic planning as it is in electric power or fleet management, or policing, or public transit.

Though many people frame discussion of the Internet of Things as a future hypothetical, it’s technically already existed for quite some time. Cellphones are sensor-laden, connected, ubiquitous devices. Cars are becoming increasingly connected. Air quality districts already take frequent measurements of the atmosphere.

What’s likely to change in the future is the sheer amount of data collected. As more devices become connected, data that’s never been available before will suddenly become available. And depending on who has access to that data, it could translate into grand or granular new insights into the true impact of large-scale actions on society.

One government IoT project under way is the Array of Things, a multi-organization project that began in Chicago and has since spread to other cities. The project involves placing multi-sensor modules on city infrastructure and gathering information that then becomes open to the public so that citizens can look for novel ways to use the data. The modules could count pedestrians, cyclists and vehicles; they might take air quality measurements; they might even help identify urban flooding in its early stages.

The key is understanding what happens when the number of nodes rises from a handful to ubiquity. If a node were on every street corner in Chicago, the government could understand far better how people move around and why they make the choices they do, which could be used to guide all sorts of government choices.

Then there’s the world of the connected vehicle. Through the Smart City Challenge, the U.S. Department of Transportation elicited myriad futuristic concepts from government leaders for how connected vehicles might help improve transportation. Transit vehicles could coordinate centrally so that an early train could wait for the passengers on a late bus. Traffic lights could become more efficient at letting traffic through. Programs could seek to shunt traffic from congested roads onto free-flowing side streets. Sensors in parking spots could help reduce the amount of time people spend circling the block in search of an open space.

There are so many more potential uses that the growing IoT industry has explored. Electric utilities could use devices that tell it in real time where problems in the grid are, allowing them to address outages more quickly. Trash bins tell the city when they need pickup, allowing the city to conduct pickup programs more efficiently. Coffee machines can tell when an employee arrives at work and will start brewing according to that person’s preference.

As always, it’s not an unchallenged concept. Thought leaders have written of the unique issues for cybersecurity that might arise when so many devices become potential access points for hackers, or tools that malicious attackers can use. Some have become concerned about government violating the privacy of its citizens.

Nonetheless, the IoT is certainly expanding. An industry report — which reached conclusions similar to other industry reports — estimated that the number of connections will more than quadruple from 1.2 billion in 2014 to 5.4 billion in 2020. Telecommunications giants and technology firms from Verizon to Cisco are pouring resources into IoT efforts, and innovations in the field frequently make the news.

As far as nailing down the boundaries of IoT’s usefulness — the future will tell.