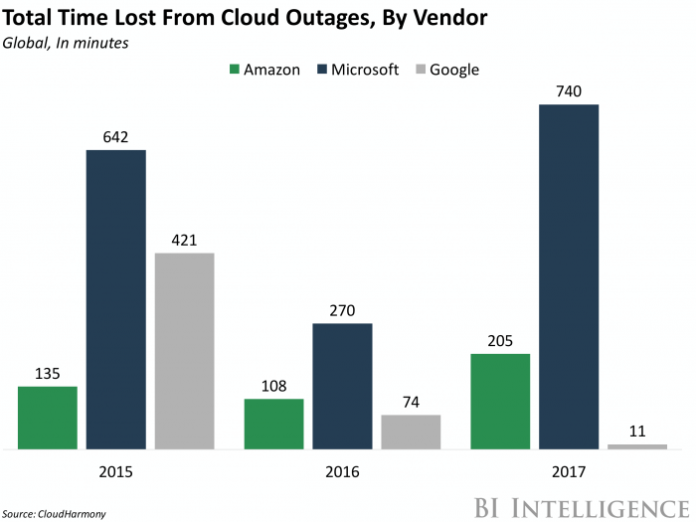 Amazon is aiming to bring its Echo devices into the mainstream by integrating them with critical aspects of users’ daily lives, such as their schedules and the phone calls they make.

But the company has recently had to contend with a threat to this goal: Two recent outages of Amazon Web Services (AWS), the company’s cloud that helps power the devices, have rendered many Echoes unable to function — meaning that Alexa was unresponsive when users tried to wake the device, Business Insider reports. These incidents could tarnish the reputation of the Echo product line and present challenges to Amazon’s smart home strategy, which relies on the Echo as a first entry point into users’ homes.

If both potential and current customers view Echo devices as prone to glitches and unreliable, this could be problematic for Amazon, especially as companies like Google, Samsung, and Apple angle to launch competing devices. But here’s why Amazon likely has a perception issue on its hands and not a larger systematic one:

But even a perception issue could pose real challenges to Amazon’s strategy. Amazon wants more consumers to own the devices, primarily as another entry point into the Prime ecosystem, but also to collect and analyze data on owners’ daily lives. If a negative perception of Echo products remains, growth in the install base of the Echo could slow. This would dent Amazon’s larger strategy, which involves it using its Echo products as a gateway into the home, which supplies data and insights into customers’ lives.

Not that long ago, many home-appliance and consumer-electronics makers were gearing up for what they thought would soon be a rapidly growing market for smart home devices.

The instant popularity of the Nest thermostat, introduced in 2011, seemed to confirm their hopes. But those expectations were dashed in the coming years as the market for connected home devices later stagnated.

Even with these challenges, many of the biggest consumer technology companies are now moving into the smart home market. For example, Apple, which recently released its self-installed smart home ecosystem, called the Apple Home, traditionally doesn’t move into a market until it’s very mature and only when it can release a perfected product. Further, Google this fall launched the Google Home and its companion ecosystem, hoping to jump into the voice-activated smart home speaker market, which Amazon currently dominates with its Echo product line.

Nicholas Shields, research associate for BI Intelligence, Business Insider’s premium research service, has compiled a detailed report on the self-installed smart home that examines the demographics of the average smart home device owner and discuss why current smart home device owners are appealing to tech companies. The report also examines the plans of various tech giants in the smart home market and discuss their monetization strategies, and makes suggestions for how these companies can position themselves to make their products and devices more appealing to the mass market.

Here are some key takeaways from the report:

In full, the report:

To get your copy of this invaluable guide to the IoT, choose one of these options:

The choice is yours. But however you decide to acquire this report, you’ve given yourself a powerful advantage in your understanding of smart homes.

FetchitGO: How This New Smart Device Will Change Your Home Forever

Why salesforce.com and First Solar Are Scrambling To Buy A Piece Of This Multi-Trillion Dollar …