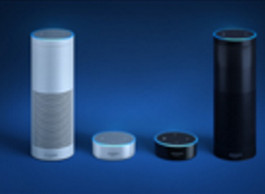 Amazon is expanding its services in the Netherlands and working on launching its video service and voice-assistant Alexa in the country. The company is in talks with developers of connected home services and devices and could launch the new products in early 2017, sources familiar with the matter told Telecompaper at the recent Connections Europe conference in Amsterdam.

Amazon already offers an e-book store and business cloud services in the Netherlands and is on the point of expanding this to include its consumer service Amazon Prime Video. Media reports have been circulating since September about the pending launch, which is expected late this year or in early 2017.

At its recent quarterly results, Amazon hinted that it plans to offer the service worldwide. One of the flagship programmes of the video service, ‘The Grand Tour’ with Jeremy Clarkson, is taping a live show in Rotterdam.

Alexa, Amazon’s voice-activated assistant software, is built in to the Echo and Echo Dot speakers. Alexa is designed to act as a home control platform, connecting to other smart home devices. An API framework allows third-party developers to incorporate the voice control functions in their devices and services. Smart thermostats such as the Hive from Centrica/British Gas use the platform to help customers control their products. Deutsche Telekom has also incorporated Alexa in its smart home platform Qivicon, which is used by Dutch operator KPN for its SmartLife portfolio.