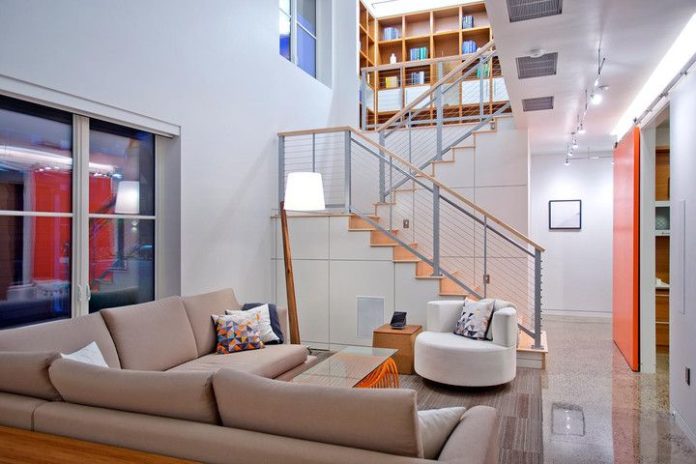 2016 was a year many would rather forget. From the never-ending stream of bad news to a brutal election that seemed like it would never end to the dozens of celebrities — including a few in the tech world — that passed on, it was a tough year.

But 2016 also had its share of important technological breakthroughs that changed how we live, work, and play. Virtual reality made a big comeback in 2016 and is sure to get even hotter this year. Virtual assistants moved out of our cell phones and into our homes, and smart home technologies may have finally broken through to the mainstream after years of trying.

So what do we expect in the new year? There’s a myriad of tech trends we’re watching that will change the world once again in 2017; here’s the top five you should keep an eye on.

Internet of Things (and the Death of the Hub)

The Internet of Things has been on just about everybody’s list for years. So why hasn’t it caught on? The issue lies in interoperability. In theory, the IoT is supposed to connect all our devices together, making them sing in a glorious technological harmony. Thing is, we’re not at that point yet — at least in a usable manner, and in a way that doesn’t make you want to pull your hair out.

We’ll use the smart home as an example here. Much of the work in the past several years has revolved around the idea of a “smart hub,” in layman’s terms a souped-up wireless router with extra communications technologies built in. But ask any smart home system owner, and they’ll tell you it’s not a perfect solution.

A multitude of wireless technologies now exist to serve your smart home needs — Zigbee, Z-Wave, Bluetooth, Wi-Fi, and more. And there’s more smart home platforms to consider than ever before too — Wink, SmartThings, Iris by Lowe’s, even systems from security providers like ADT and big brands like Comcast. While centralization in theory should make things easier, it’s made it worse.

Some smart home gadgets won’t work with certain smart home platforms — for example, your Philips Hue lights won’t work with your Iris by Lowe’s system (likely a business decision as Lowe’s doesn’t carry the Hue product line). Plus if your smart hub goes down, your entire system typically goes with it.

Expect a refocus this year when it comes to smart homes. Wi-Fi is a tested and true wireless networking technology, and routers are serving up ever larger amounts of bandwidth, so there’s plenty of space to handle your connected home. Also, new smart home devices are choosing Wi-Fi to maximize compatibility.

Instead of using a centralized hub, device manufacturers will focus on interoperability between themselves. This might have the consequence of shrinking the number of directly compatible devices, but it may not matter. Ither technologies can take the place of the hub, and likely do a better job of it.

IFTTT can connect those devices in any way you see fit, and Amazon’s Alexa and Google Home can control them by voice. The hub just isn’t necessary anymore, and that might be a good thing. 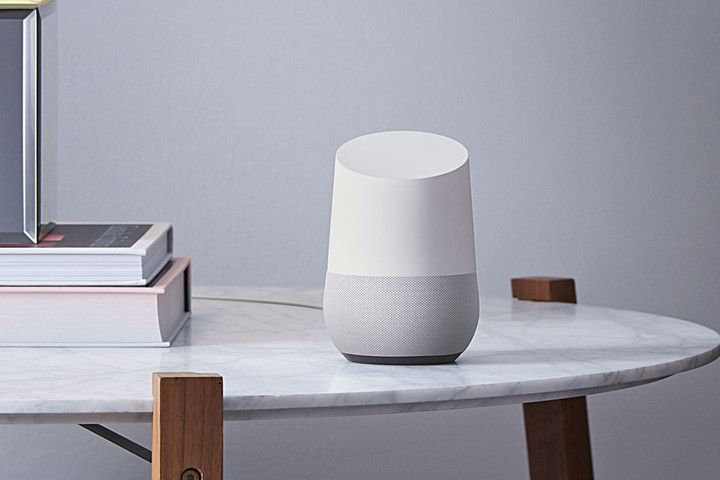 Automation is nothing new — at least on the business side. Our experiences with automated technologies primarily comes in the form of those pesky automated customer service systems we’re forced to call every time we need help. But it’s only going to get more commonplace this year.

More: The Best Mobile Products of 2016

Automated customer service won’t go away, but it will get better. At the same time, online customer service will be automated as well, thanks to better AI and chatbots that understand context a whole lot better than ever before.

More and more jobs will also be automated — even journalist’s work on writing the news (don’t worry, we aren’t going anywhere). We’ll also see smart devices gain from increased automation, learning your patterns and preferences without you needing to tell them and making better and more accurate suggestions and recommendations.

Here’s one interesting area to watch: fast food. 2016 saw a lot of talk of removing the human component from food service; will self-serve kiosks make an appearance in the year ahead? On top of that, automated drone delivery should also see wider-scale testing by the end of the year — especially by Amazon.

Are there negatives? Of course. We’ve heard complaints for a long time about the lack of interpersonal communication these days. And jobs may be lost as a result of the move away from humans. No doubt, the discussion surrounding how far we’ll let automation run our lives will only get louder in the New Year.

The Rise of Synthetic Food 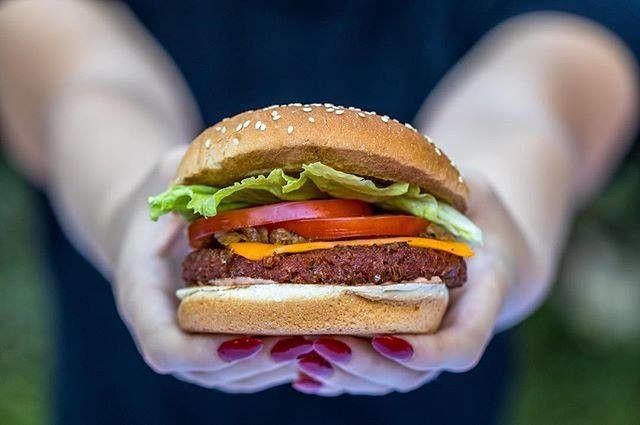 As the world gets more populated, and in turn our natural resources and our climate are stretched to the limit, how and what we eat will change as the year rolls on. The world needs to think of ways to feed itself, and the answer might be mixed into synthetic food.

Solyent is a high-profile example. While the nutritional powder has been around for just about two years, in 2016 it gained momentum. Soylent has all the nutrients the average person needs, but there’s one big problem: it’s kind of unappetizing.

That’s something scientists are working on. One possibility is Beyond Meat, a company that started to demo its pea protein, yeast extract, beet juice, and coconut oil burger-like substance late last year to the press; it’s available in select Whole Foods supermarkets right now. Another company, Impossible Foods, is working towards a similar goal — and you can grab its plant-based burger from New York City restaurant Momofoku Nishi for $13. Sure, you can tell it’s not the real thing, but both burgers have gotten surprisingly good reviews.

Others are working on growing foods, like eggs and meat, in laboratory environments. Consumers are increasingly pushing for more cruelty-free and environmentally friendly foods, and lab-grown food addresses that problem.

One thing is for certain: by the end of the New Year, your veggie burger should make its way out of the vegetarian aisle at the supermarket. Hopefully other synthetic foods will crop up too, answering the ever bigger problem of feeding the world, helping us eat healthier — and letting us enjoy guilt-free comfort food.

The Physical and Digital World Blur 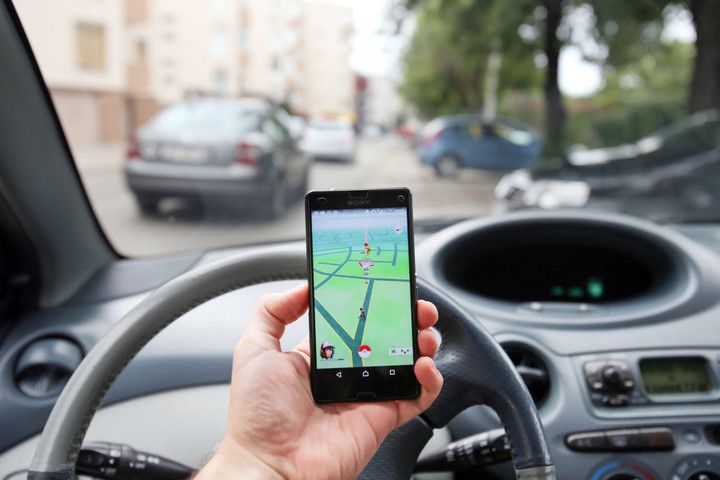 Virtual reality was a big hit in 2016. But you can’t walk around the real world with a headset on. The dramatic rise and equally precipitous fall of Google Glass sites that walking around with space age glasses won’t work either.

Look for navigation services to get even more specific — maps in a store’s app, for example, to direct you to a specific aisle to find exactly what you’re looking for. So called “augmented reality,” where virtual objects and information are displayed on top of the physical world, will make its way to our phones. Search engines are already expanding on image search, allowing you to point your camera at something and search for information based on what the lens takes in.

And as Pokémon Go showed us in 2016, there’s a huge appetite for well-designed augmented reality games. While we can’t predict what game will get kids off the couch this coming summer, it wouldn’t be surprising if it comes in the mold of Pokémon Go.

3D Printing For All 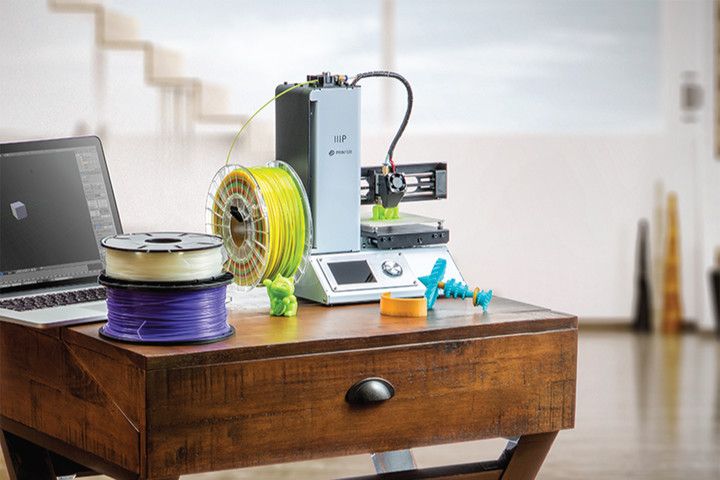 Consumer-grade 3D printers have been around for close to a half decade, yet prices are well above the level that most of us can afford. That should change this year, given what we’ve already seen.

A decent 3D printer can now be found for $200-300, half of what they cost just a year ago. These prices should drop further, and new models will launch — like the $99 101Hero and the $149 PocketMaker 3D — that will drive costs down even further.

More: Why augmented reality is here to stay

It isn’t too far-fetched to think that by the time the 2017 holiday season rolls around, 3D printers will be the must-have gift. With 3D printers accessible to anyone, the way we accumulate things will change. Who needs to buy it anymore when you can just print it?

Everything you need to know about the new Apple Homepod

One startup wants to be your smart home tech support

$100 Off Coupon for Amazon Echo Show

5 tech trends that will change the world in 2017

How AI will help us decipher millennials