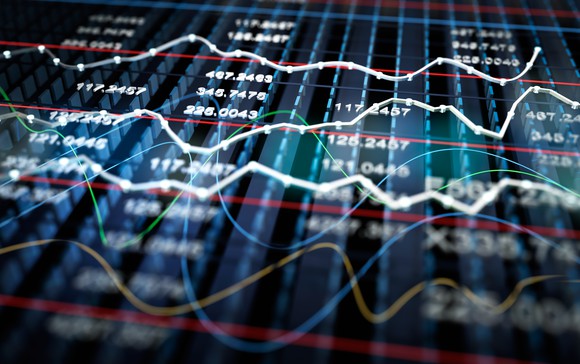 Image source: Getty Images.Technology reaches into almost every area of business, and for that reason, the tech sector is home to some of the biggest growth opportunities on the market. Tech’s impact only looks poised to grow in coming years, as far-reaching trends including the Internet of Things, cloud computing, and digital advertising continue to take hold and influence everything from consumer products to manufacturing and healthcare.In search of great values in the technology sector, we asked three Motley Fool writers to spotlight a pick for a tech stock to buy in August. Read on to learn why Baidu (NASDAQ: BIDU) , IBM (NYSE: IBM) , and Cisco (NASDAQ: CSCO) made the list.Baidu’s online-to-offline opportunityBrian Stoffel : Investors in China’s largest search engine, Baidu, have not had a fun year. With the growth of the Chinese economy slowing, the company pouring money into an initiative investors aren’t crazy about, and government officials cracking down on how Baidu displays its advertisements, shares are down 25% since late November 2015.Still, if Baidu didn’t already make up 12% of my family’s real-life holdings, I would be using this opportunity to buy even more shares.The initiative that’s holding back Baidu right now is the company’s Online-to-Offline (O2O) program. In essence, Baidu is investing in the infrastructure to help it earn money from everyday transactions made by Chinese citizens. If Alphabet could go back in time and formulate the same thing, I believe it would.Consider when you search for a movie show time and want to buy tickets. In America, Google will push you to the theatre’s website, where you’ll pay for admittance. But because Baidu is so far ahead of the e-commerce curve in China, the company is investing now so that eventually, when Chinese citizens do the same thing, they’ll pay for their ticket on Baidu’s platform.Beyond the technology, Baidu has to hire a workforce to actually go out and convince small and medium-sized Chinese businesses to sign on to the company’s platform. That isn’t cheap, nor will it happen overnight. But over time, I think it provides a massive opportunity.The company needs to make some changes in advertising display after an unfortunate series of events led to a young Chinese man’s death after he received questionable medical help after seeing an ad on Baidu’s homepage. The new regulations — which limit the type and number of displays allowed — will hurt over the short term.But Baidu isn’t going anywhere any time soon, and I expect it to continue to win over the bulk of advertising dollars as the Middle Kingdom continues its transition to connectivity. Trading for 35 times earnings — earnings that are depressed because of the O2O investments — I think Baidu is a great tech stock to buy in August.IBM’s analytics advantageTim Brugger :  The cloud and the Internet of Things (IoT) are poised to become multibillion-dollar, if not multitrillion-dollar markets in the coming years. Naturally, those opportunities have some of the largest tech companies around fighting for a share, but not all are approaching the unlimited potential that cloud and IoT-related solutions present in the same way.Some have opted to focus on Infrastructure-as-a-Service (IaaS) which is a form of cloud computing which provides ” virtualized computing resources over the internet.” The only problem is that IaaS has already become a commoditized business with ongoing price wars. The biggest opportunity in cloud and IoT lies in the data. Sure, that includes hosting, but offering the most upside is securely analyzing the information amassed in a cloud-based, IoT world using powerful cognitive computing solutions, then delivering actionable results, which is exactly what IBM’s “strategic imperatives” are all about.Cloud-managed services revenue is expected to generate  $256 billion by 2018, which is why IBM spent more than $5 billion on 11 acquisitions in Q2  for data-driven, cognitive computing-related deals to boost its line-up of cloud and IoT solutions.IBM’s emphasis on services revenue are beginning to pay off — and in a big way. A full 38% of IBM’s trailing-12-month revenue is now derived from its combined cloud, IoT, analytics, and security-driven strategic imperatives. As of last quarter, IBM’s cloud sales boasted an $11.6 billion annual run rate, which is among the best in the industry — and it’s still climbing.Trading at just 11 times future earnings, paying one of the industry’s best dividend yields, and offering almost unlimited upside in terms of cloud and IoT sales still ahead, IBM could be the best tech stock to buy in August.Cisco offers both value and growth

Astra Gives You Access to Alexa On Your iPhone

Apple HomeKit lags behind in the smart home, but maybe not for long

This day in WND history: Feds may use smart-home devices to spy on you