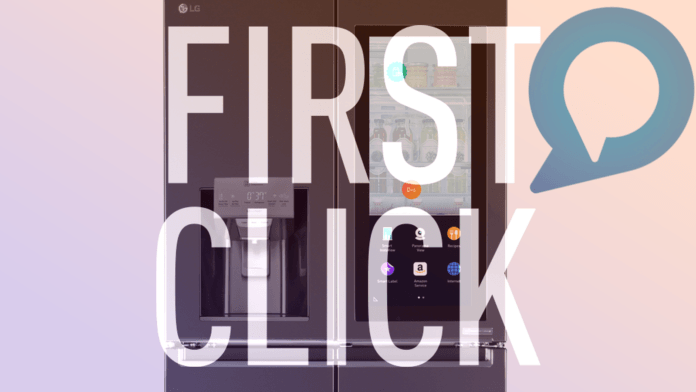 I’d like to make a prediction: the refrigerator will soon be the hub for the smart urban home. Yeah, I know that’s what Samsung’s been saying for a few years already. But it won’t be Samsung that makes it a reality — it’ll be Amazon, and it’ll never run out of food.

Today’s smart fridges require us humans to manually enter items on lists to track and replenish inventory. The more ambitious models expect us to launch an app while at the grocery store to view the content of the fridge via cameras mounted in the doors… which, of course, is silly in that distinctly Internet of Shit way. For a fridge to be truly smart it has to know what’s inside and understand historical consumption patterns. Only then will it be capable of reordering milk, eggs, and beer just before they run out.

So, why Amazon? Cue the Amazon Go video!

Now, imagine a fridge with the same computer vision, sensor fusion, and deep learning algorithms that culminate in the “just walk out technology” found inside Amazon Go stores. Only you don’t need to swipe your phone to use it because the Echo Fridge™ is already registered to your Amazon account. Amazon Fresh would deliver your food in sensor-laden packaging, and reorder the staples (within an hour) when required based upon a real-time analysis of the fridge’s contents and your purchasing / consumption history. There’s no need to monitor cameras, no making lists — it’s all completely automatic like a crude Star Trek Replicator. Who cares if groceries are a tad more expensive when the shopping experience is this frictionless?

The refrigerator is already an always-on device in our homes. So, as an always-on hub in the home the Echo Fridge™ would be covered with microphones for the Alexa voice service. Mine would be fitted with optional Sonos speakers under the deal announced in August. It would also feature doors that go transparent with a swipe, or opaque to display the weather and recipes which Alexa would talk me through.

Naturally, Amazon wouldn’t make the refrigerators, companies like Samsung and LG would. Amazon would package its Go-inspired “just eat in technology™” as a branded Fresh Hub Service™ (FHS™) offering that includes the automatic reordering experience already available through Amazon’s Dash Replenishment Service (DRS). It’s the same approach that let Amazon win CES (again) via its Alexa Voice Service (AVS) that helps companies integrate Alexa, mics, and speakers into their products; proof that Amazon as a service is a winning proposition. Amazon could even subsidize the purchase price of the Echo Fridge™ knowing it would recoup the costs over time in the classic razor-and-blade strategy. Hell, we could even lease an AWS Echo Fridge™ directly from Amazon which would double as a distributed Amazon Web Services server that also heats the home.

The options are staggering when you stop thinking of the refrigerator as a mere ice box, and start treating it like a smart hub at the center of the connected home. Only Amazon has all the pieces to make it happen. If not, why not because it seems inevitable, don’t you think?