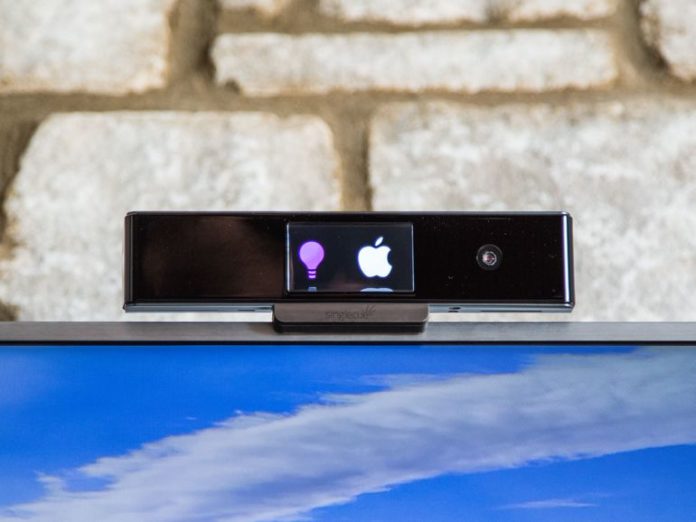 Voice control is cool, but the future of toggling complex systems of devices — like your home theater or smart home setup — is with gestures. At least, that’s what the developers behind the $150 Singlecue would have you believe. If this device sounds familiar, it’s because we looked at it a few years back — but this is generation two, with a greater focus on overall smart home control.

It turns out, controlling your TV, streaming device, and smart home gadgets with gestures actually feels pretty cool (even if you look ridiculous to everyone else). Singlecue tracks your movements well, but its clunky menu system and lack of customizability seriously hurt its appeal. For now, you’ll want to wait till generation three or four to invest in the Singlecue.

Here’s how the Singlecue works: you set it up by your TV, then using the app, integrate it with devices around your house. I set it up with Alexa, a Vizio TV, an Apple TV streaming device and Philips Hue lights. It also works with a slew of other devices, including Roku, Bose, and Nest devices (you can check out the full list here). After the setup, it tracks your gestures with a camera, and lets you navigate the menus displayed on its screen (which is about 1.5 inches by 2.5 inches).

I was skeptical of the gesture control at first, but it works relatively well, causing only occasional moments of frustration. And when it works — which is the vast majority of the time — controlling your lights and TV with gestures actually feels pretty damn cool.

The other big addition the Gen 2 Singlecue introduces is Alexa integration. That means people can turn on their TVs with voice commands to their Echo device like, “Alexa, tell Singlecue to turn on the TV.”

The problem is, other gadgets like Logitech’s $99 Harmony Hub, already allow this kind of control. Plus, with those devices, you can set up particular command chains, so when you say, “Alexa, turn on Netflix,” it will power up your TV, Apple TV and sound bar — and it will start the Netflix app.

Until Singlecue adds more customizable commands, with gestures and voice control, it won’t be quite as easy to use as other gadgets.