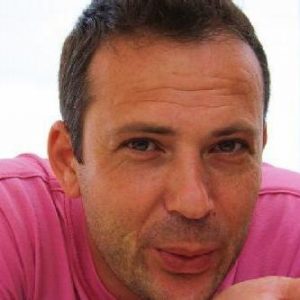 The Internet of Things (IoT) is getting bigger as more smart devices go online. Gartner estimates that IoT devices will swell to 8.4 billion this year. By 2020, that number will grow to more than 20 billion.

Devices are getting more powerful, too. Aside from connections to device-specific APIs, we may soon see more devices that are able to interact with rich media. It is not just graphics, audio, video and gaming. The growing investments of tech giants like Google, Facebook and Baidu in augmented reality (AR) and virtual reality (VR) technologies hint at exciting applications that will soon be part of smart living.

An overarching concern resulting from this growing connectedness is infrastructure. Are we building robust enough internet infrastructures to handle all these connected devices and still be able to provide optimal experiences to all users?

Internet users are getting more impatient. A Google study revealed that mobile-Internet users are likely to abandon websites that load for more than 3 seconds. Google has been pushing AMP as the new web standard for mobile and it does allow for quicker load times. However, the IoT is lacking a dominant operating system and where  a standard for web content has yet to emerged.

Even with security, the IoT faces some critical problems. The Mirai botnet was responsible for large distributed denial-of-service attacks in 2016. The Mirai malware compromised thousands of unsecure IoT devices such as surveillance cameras to pool them as part of a massive botnet that was able to take down major internet services such as Akamai (in the case of Krebs on Security) and Dyn (in the case of a massive attack that affected Dyn users such as Twitter, Spotify and The New York Times). This was largely made possible through cheap IoT devices that simply did not have security modules due to processing and storage limitations.

So how could the IoT and the rest of the internet cope with an impending explosion of demand from more connected devices? Read on.

There is just so much potential for rich media in IoT devices. In our homes, we have already seen how smart-kitchen devices can download recipes and play cooking videos. In retail, rich media is streamed to smart shelf and counter displays and even to large outdoor billboards. Currently, 720p and 1080p resolutions still account for most of the high-quality video content, but higher resolutions like 4K, 6K and 8K are also on the rise. Streaming 4K comfortably requires a 16 Mbps connection. The average Internet connection speed in the US falls short of this mark. 4K movies can also easily occupy 100 GB of storage space—20 times the size of 1080p videos.

For now, content-delivery networks (CDNs) are widely used by content providers to quickly serve rich media to users. CDNs cache and distribute static resources and media in servers located all over the globe so that users can load these from the nearest locations, minimizing lag. Thanks to distribution and cloud technologies, CDNs are mostly able to cope with demand and traffic spikes in cases when content go viral.

However, if rich media will soon demand more in terms of bandwidth and data size, hosting and CDN providers may simply have to invest in larger capacities and even better caching and compression algorithms.

IoT devices offer even more exciting prospects for analytics despite the current ubiquity of smartphones. IoT devices now seek to connect what were previously the unconnected aspects of people’s daily activities. These previously untracked activities could generate new insights that could further revolutionize the way we live.

Take the case of devices, such as smart blankets, that monitor your vitals as you sleep or smart refrigerators that track what kinds of food and how much are consumed by most households. Wearables have also become increasingly popular. Data gathered from these devices can lead to valuable insights for the medical community and perhaps even result in medical breakthroughs.

But even before this happens, all that information needs to be collected and crunched. Even today, big data is already pushing storage systems to their limits. There are massive amounts of raw data which are not simply stored but also protected. Analysis and visualization are further concerns. Big data is best used if insights are presented in ways that could be easily understood by decision and policy makers. This is why those focused on analytics and data sciences are pushing for technologies that would allow for quicker and even real-time analytics, such as in-chip and in-memory processing.

Cyberattacks Need to be Prevented

Security has emerged as a major consideration for all organizations. The pervasive and rampant cyberattacks such as the DDoS, data breaches and ransomware attacks of 2016 are sure to continue in the near future.  Just in 2017, attacks have already been reported, with the DDoS on Lloyds Bank making headlines just in January.

The Mirai malware botnet has already exposed security flaws in most IoT devices. Developers and manufacturers need to plug that gap. The introduction of more powerful processing and better storage should solve this vulnerability. However, with the proliferation of unsecure and cheap devices that are left unsecure, security will still be a problem. Internet services must simply prepare for these vectors for attacks since DDoS attacks are essentially a battle for bandwidth.

Internet security firms are combining their services (firewalls, CDNs and bot mitigation) to provide consolidated security as self-service and cloud-based solutions. This gives content providers and application developers’ ways to secure their own apps, sites and services. Ultimately, consumers must also be educated on responsible IoT use. As IoT devices become more intimate and personal, all stakeholders must do their part in making sure nothing gets compromised.

The Cloud Needs to Innovate

Some may think, because of the continuous advancements in processing power, memory and storage, that computing resources are bound to become an infinite resource. That may seem to be the case for personal computing purposes. However, the complication with IoT is in the connectedness of it all. The challenge with the growth in IoT adoption is to make sure that everything works together securely and seamlessly, which requires network infrastructures to be robust and reliable.

The cloud will play a crucial role in how this pans out. It is quite comforting to know that competition among cloud resource providers is driving innovation. Cloud providers are now looking into new developments, such as using application-specific integrated circuit (ASIC) chips to bolster their capabilities. It would be interesting if, in the future, cloud providers will be able generate enough computing resources to match the demand generated by IoT.

Subscribe to Data Informed for the latest information and news on big data and analytics for the enterprise.