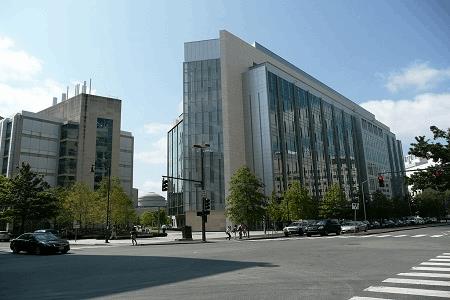 Researchers from Massachusetts Institute of Technology’s (MIT) Microsystems Technologies Laboratories (MTL) have built an ultra-efficient power converter that consumes just half of the power needed by typical converters. The device could be built into low-power Internet of Things (IoT) sensors and body-powered electronics.

Most power converters today convert an input voltage to a steady output voltage, and operate only within a narrow range of currents.

“Typically, converters have a quiescent power, which is the power that they consume even when they’re not providing any current to the load,” says Arun Paidimarri, a postdoc researcher who designed the device, in a news release.

“So, for example, if the quiescent power is a microamp, then even if the load pulls only a nanoamp, it’s still going to consume a microamp of current. My converter is something that can maintain efficiency over a wide range of currents,” he explains.

His step-down converter – which takes input voltages ranging from 1.2 to 3.3 volts and reduces them to between 0.7 and 0.9 volts – can maintain its efficiency at a very broad range of currents, varying from 500 picoamps to 1 milliamp.

To conserve battery life, sensors connected to the Internet of Things operate in a low-power mode, and doing so would require drawing a wide range of electrical currents. During idle periods or when taking periodic sensing measurements, these sensors require a low current. However, when performing on-demand functions, such as transmitting vital information to other connected devices, these sensors require much larger currents.

The switches include a circuit that measures the output voltage of the converter against a set threshold. If the output falls below the threshold, a packet of energy is released. Subsequent packets are released depending on additional measurements.

According to Engadget, “If the device is using a low-power circuit — say it’s a sensor waking up to take a measurement — then the device only releases a few packets of energy. If the device needs a high-power circuit — to send a wireless signal, for example — then it can release up to a million packets per second.”

Now, typical converters contain an element called a voltage divider, which siphons off a little current for each repeat measurement, and making the process inefficient.

To make their converter more efficient, the MTL team added extra circuit elements around the voltage divider, which becomes accessible only for a fraction of a second during each measurement. This design tweak resulted in a 50 percent reduction in quiescent power over the best previously reported experimental low-power, step-down converter, and a tenfold expansion of the current-handling range, according to the researchers.

“This opens up exciting new opportunities to operate these circuits from new types of energy-harvesting sources, such as body-powered electronics,” says Anantha Chandrakasan, the Vannevar Bush Professor of Electrical Engineering and Computer Science at MIT.

Patr'n Toasts the Versatility of Tequila on (Inter)National Tequila Day