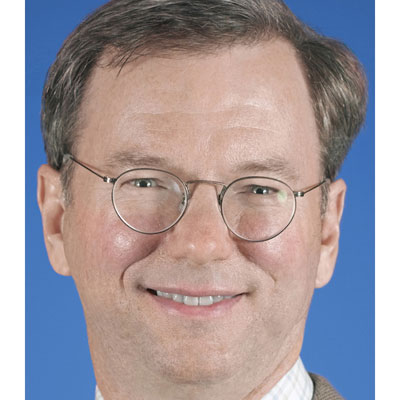 When Eric Schmidt was a Ph.D. student at the University of California at Berkeley, he said it didn’t even occur to him that there would be criminals that they would need to secure the internet against. Now that he’s older and wiser, he said security is key for preserving the Internet as we know it.

“We benefit from the open interconnectivity of the internet … At the end of the day, the globalization that we see and the economic growth that we see is heavily dependent on this. I’m worried that the fear of attacks will be used as a pretext to shut down some of this access,” Schmidt said at the 2017 RSA Conference in San Francisco, Calif.

Schmidt, who is the former CEO of Google and the current executive chairman of parent company Alphabet, said he was particularly worried about the ability of countries to block the openness of the internet. He said that’s a problem that Google faces daily, as countries are unhappy about content on the Internet from another country.

Palo Alto Networks CEO Mark McLaughlin also said he concerned about security issues causing a rising distrust in the Internet, something he said he worried would cause companies to forgo the opportunities presented by technology innovation.

“I think we’re at a very pivotal moment from a cyber perspective,” McLaughlin said in a prior keynote address at RSA 2017. “A lot of how the future will unfold as a digital society will depend on what happens right now. The decisions we make are going to be really important.”

Schmidt said security would become especially important as more devices are connected to the Internet in the Internet of Things, many of which are not secured. He said there’s a significant opportunity for companies like Google to apply artificial intelligence and data analysis to connected devices for security.

Getting governments involved to push forward security and investment in tools such as artificial intelligence is one step that can be taken, Schmidt said. He cited talks last year between the United States and China, where the two countries agreed to reduce the number of attacks on each other, as an example of measures that have “some evidence that it has worked.”

“I think getting the governments to agree that we are better off collectively by having a more open Internet, with less attacking – especially at the nation-state level – would be a clear improvement for everybody,” Schmidt said.

However, Schmidt said it is important that the pendulum doesn’t swing too far, where investment in technologies such as artificial intelligence and machine learning is taken entirely over by the government. He said innovations in technologies, such as machine learning, need to be done openly and not in military research labs.

You can imagine a different scenario that this stuff that I’m talking about now, which is completely open and open to you, that somehow we can arrive at a place where it’s done in military research labs between countries … One of the questions that I think the industry should be asking is we haven’t found a way where countries agree to not use the machine learning technologies in a way that militarizes the Internet… Maybe I’m an optimist, but I would like to see some discussions about that,” Schmidt said.